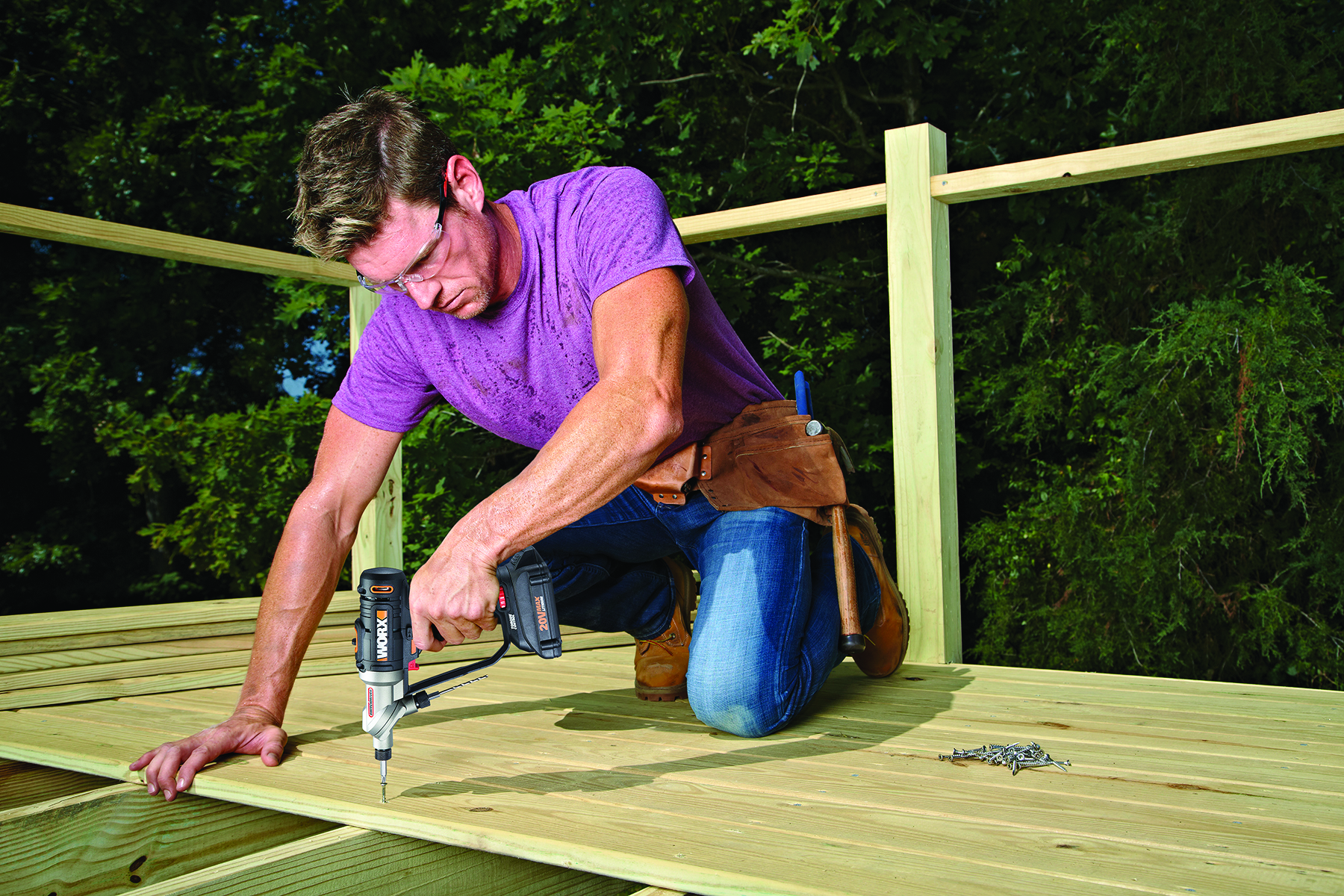 How safe is your deck? Here’s a list of what to inspect when securing your deck

As old man winter finally loosens his icy grip, our thoughts turn to sunny summer days and time spent on backyard decks grilling and chilling, sunbathing and sipping something cold. However, before you embark on another season in the sun, answer this question: How safe is your deck? If you’re like most homeowners, you probably think your deck is structurally sound, but you’re not really sure.

It’s an important question because each year thousands of people are injured when decks collapse, railings break and staircases snap. According to the Consumer Product Safety Commission, there were 33,270 hospital-reported injuries caused by a wood-deck defects and failures between 2003 and 2007. And it doesn’t appear the problem will be getting better in the near future: The National Association of Home Inspectors recently reported that of the 45 million existing decks, only 40% are completely safe.

So, the smart thing to do this spring—and every spring—is to conduct a quick visual inspection of your deck. That’s the very best way to detect defects before disaster strikes. When inspecting your deck pay particular attention to the nine areas outlined below. And, if you find anything suspicious, you can fix it yourself or call in a professional carpenter.

1 Loose Ledger—Decks are attached to houses with a long horizontal board called a ledger. The ends of the floor joists are fastened to the ledger, usually by metal hangers. The number one reason why decks collapse is because the ledger is badly decayed or not properly fastened to the house.

Wood decay is typically caused by water seeping behind and rotting the ledger. Check to be sure there’s a continuous piece of metal flashing running along the ledger. The flashing should extend up behind the house siding and overlap the top edge of the ledger. If the ledger on your deck has no flashing, you must install one, which is a relatively easy job if the decking runs parallel to the house. Simply pry up one or two rows of decking, install the flashing and replace the deck boards. If, however, the decking runs perpendicular to the house, then the job is much more complicated: you’ll need to remove every deck board to expose the ledger.

2 Cracked Concrete Piers—Most decks have vertical wood posts that rest on top of concrete piers. Inspect the condition of the concrete to make sure it isn’t badly cracked or crumbling into dust. If necessary, jack up and secure the deck with temporary posts, then dig out the old piers and pour new ones.

On-grade decks that sit close to the ground are usually propped up by concrete blocks, bricks or poured-concrete piers. Take a flashlight and peek beneath the deck to confirm that none of the supports has shifted out of position, collapsed or sunk into the ground. If necessary, jack up the deck, install temporary bracing, and replace any damaged supports.

3 Damaged Posts—Elevated decks are supported by tall vertical wooden posts. Older decks might be supported by 4×4 posts, but most modern decks have 6x6s, which are much stronger and more dimensionally stable, meaning they’re less likely to bend, twist, and split.

Carefully inspect each post to ensure that it’s firmly attached to the concrete pier at the bottom and to the deck frame at the top. Check the base of the post for water damage by poking at it with an awl. If the awl sinks deep into the wood or the wood fibers are soft and spongy, then the post is rotting and you should replace it.

4 Beam Troubles—All but the tiniest decks have large horizontal beams resting on top of the support posts or piers. The beams, in turn, support all the floor joists. Therefore, the structural integrity of the entire deck is dependent upon the condition of the beams.

Check the beams for large cracks and water damage. Confirm that the beams are securely fastened to the tops of the posts or piers. Also, peer down the length of each beam to be sure it’s not sagging under the weight of the deck. If it is, you’ll need to shore it up by installing one or more supports at mid-span.

5 Faulty Floor Joists—As mentioned earlier, the ledger board and beams support all the floor joists, which are usually spaced 16 in. on-center. The ends of the joists often sit in metal joist hangers. Be sure that each hanger is firmly fastened in place with hanger nails, not screws or common nails.

Replace any joist that’s badly cracked or has extensive water or insect damage. Pay particular attention to the ends of the joists, which have a tendency to rot and split. Also, check for joists that are sagging or badly bowed.

6 Defective Decking—While composite-lumber and PVC (plastic) decking is growing in popularity, a vast majority of decks are still covered with wooden deck boards. Inspect each deck board for signs of rot, insect infestation, water damage, splinters, large cracks, and popped fastener heads. Also, make note of any boards that are badly twisted, cupped or warped. Remove and replace all damaged decking.

7 Rickety Railings—Decks higher than 30 in. above the ground should have a perimeter railing. And it’s critically important that railings be kept in good, sound condition, and here’s why: Although catastrophic deck collapses always make the nightly news, a vast majority of deck injuries are caused by someone leaning against, and breaking through, a defective railing.

Start by confirming that each railing post is firmly attached to the deck frame and is free of large cracks, rot or insect damage. Railing posts should be fastened with lag screws or carriage bolts, not nails or decking screws. And if the bottoms of the posts are notched around the rim joist, check to be sure the posts aren’t splitting at the notches.

Each vertical baluster must be secured fastened to the horizontal rails. They must also be in sound condition and spaced no more than 4 in. apart. The handrail should be free of rough spots and splinters.

Measure the height of the guardrail from the decking to the top of the handrail. It should be at least 36 in. high, although some towns require 42-in.-high deck railings. Check with the local building department for the correct railing height in your town.

8 Unsafe Stairs—If your deck has a staircase or set of steps, you must check each component—treads, stringers, handrails, balusters, support posts—for signs of structural damage, including large cracks, loose connections, and missing fasteners.

The bottommost step and the bottom ends of the stringers are most susceptible to moisture-related problems, including water damage, rot, bug infestation, and mold and mildew. Check the top of the steps or staircase to ensure it hasn’t pulled away or slipped down from the deck frame. The building code requires that all staircases must have graspable handrails measuring between 1¼ in. and 2¼ in. wide.

9 Busted Bracing—Most tall decks have diagonal bracing angling up from the support posts to the deck frame. The braces help stabilize the deck and deter it from swaying back and forth. Inspect each brace for large cracks or rot, especially at the ends. Replace all damaged braces. Then, confirm that each brace is securely fastened with lag screws or carriage bolts.

By conducting an annual deck inspection and making all necessary repairs as soon as possible, you can rest assured that your deck is safe for family and friends all summer long.

Learn more about tools that can help you fix and maintain your deck by clicking HERE.

How to build an Adirondack Chair

How to make a Rustic Pendant Light Fixture

How to Build a Closet Organizer
Category : How To, Project Ideas
Tags : Switchdriver