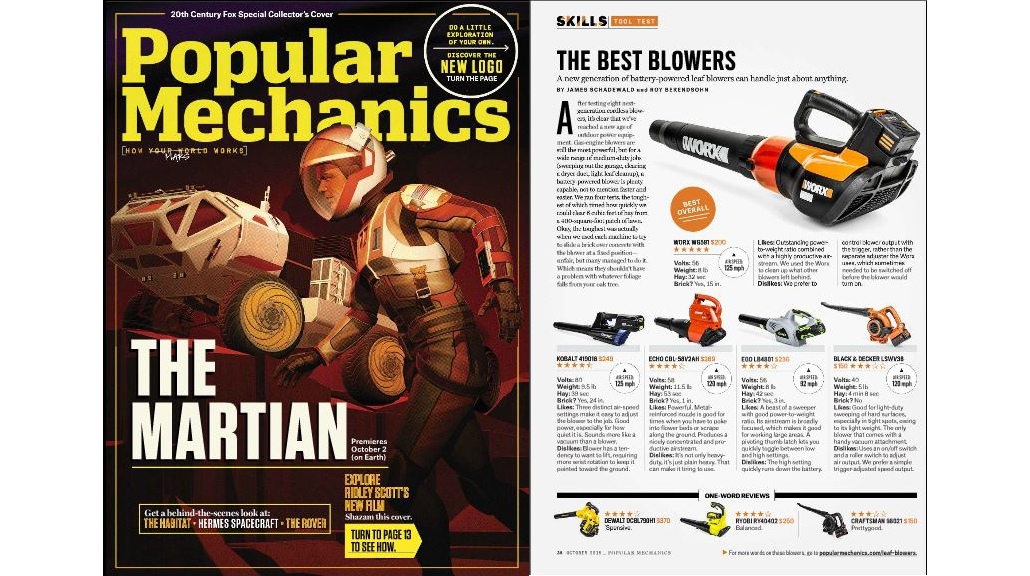 In the October 2015 issue of Popular Mechanics, the WORX AIR TURBINE 56V Leaf Blower is named as “Best Overall” in their testing of new generation of battery powered leaf blowers, “The Best Blowers”. They noted its “Outstanding power-to-weight ratio combined with a highly productive air-stream” and even “used the WORX to clean up what other blowers left behind.”

The hands-on test included time to clear 6 cubic feet of hay from a 400 square foot patch of lawn (the WORX blower did this in 32 seconds, faster than all other blowers tested). But the toughest test was moving a brick over concrete using the blower’s force–which the WORX 56V Turbine blower managed that feat and pushed it 15 inches!

WORX Landroid on the TODAY Show

WORX 56V Cordless Mower Featured in Do It Yourself Magazine